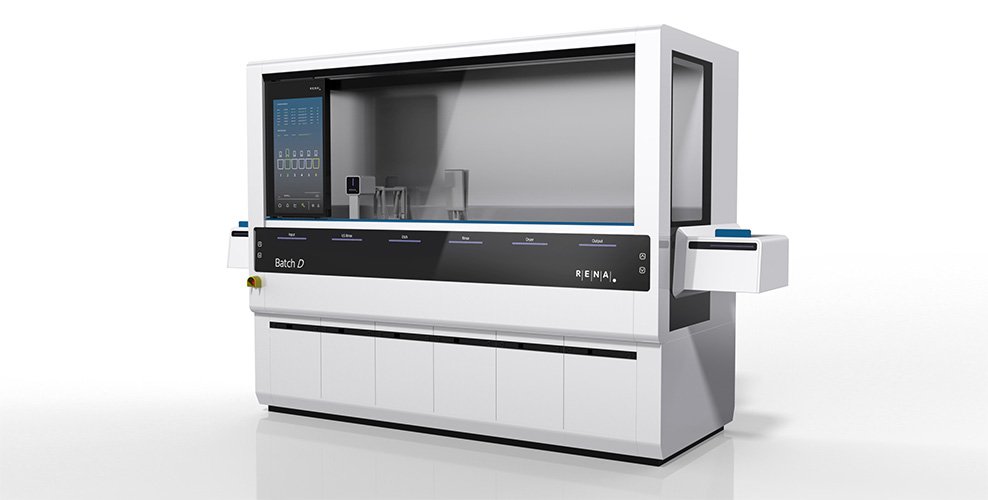 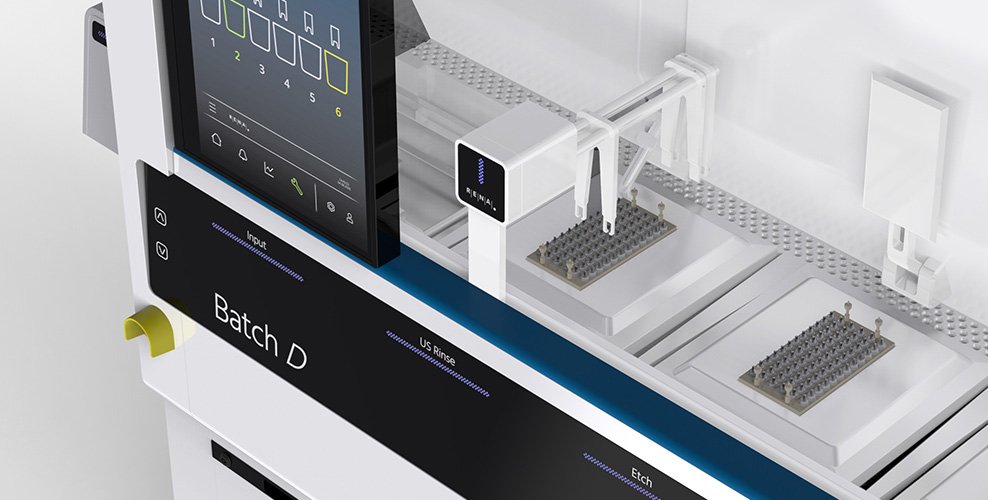 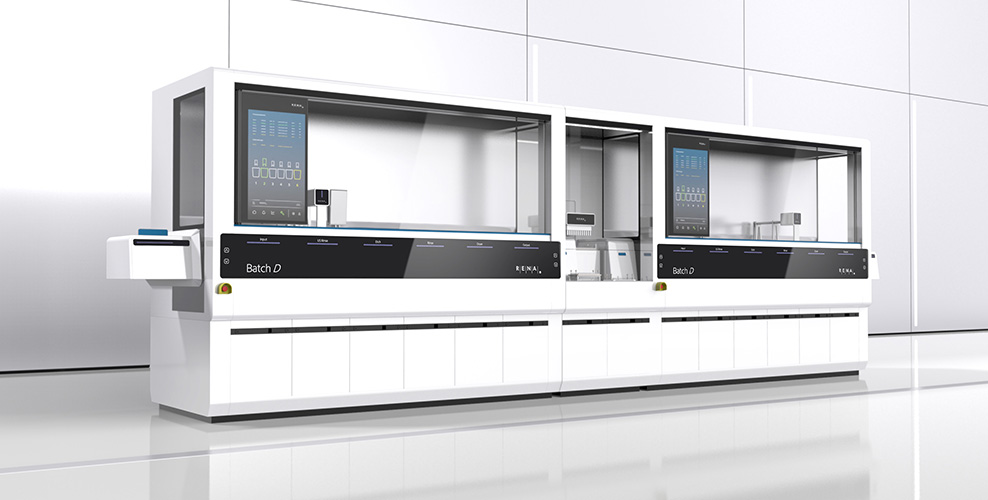 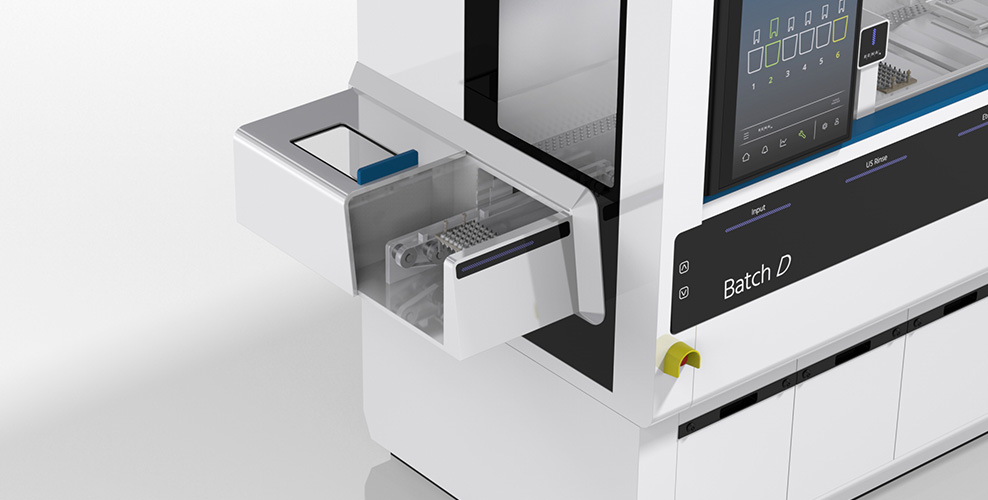 Dental implantology is booming. In order for the dental prosthesis to be securely anchored in the patient's jaw, or rather to grow together with the organic material, it must undergo a complex pretreatment. For this process step, Rena, a hidden champion from Gütenbach in the Black Forest, develops complex and fully automated process technologies. The machine, called "Batch D" handles the wet-chemical surface treatment of the implant blanks using etching and cleaning baths to ensure purity, roughness and biocompatibility. The systems are configured to customer specifications, both in terms of the number of baths, the degree of automation and the interlinking.

What initially sounds like a standard task for industrial design is actually a very complex challenge characterized by many fixed specifications. This starts with the materials that can be used: Because the process works with acids, only corrosion-resistant materials can be used. Thus, the entire processing chamber of "Batch D" is made of acid-resistant polypropylene. The static support structure made of steel was also made corrosion-resistant with polypropylene - an engineering-specific solution that defortec developed together with Rena's design engineers. Like almost all defortec projects, "Batch D" was not a pure design issue, but strongly driven by construction and process engineering.

This was already evident at the kick-off workshop, where the structure, design freedom and optimization approaches were determined together with the company's engineering department. It quickly became clear that the size of the machine was fixed for transport reasons, modular customer adaptation as well as ergonomics had central priority - requirements that did not always run congruently. "The project was very demanding, also because we had to react to technical changes again and again during the processing," says Ilja Klobertanz from the defortec team. The trick, then, was not to lose sight of the intention of the design, as expressed in the initial design concepts, in the subsequent rounds of iteration up to the design freeze.

Since the system is also available as a manually operated version, ergonomics play a major role. In addition to accessibility to the work area and maintenance areas, gripping heights, gripping spaces and legroom are important factors here. The latter in particular determines the posture when working on the machine, the front of which was initially designed to be unfavorably vertical. Thanks to intensive collision testing of the technical components, defortec was finally able to integrate two recesses in the knee and foot areas, thus achieving a design that complies with standards. The material locks on the front sides are also at an optimum height, as is the screen with the user interface. The extremely large touchscreen can be swiveled out by 90 degrees so that it can also be used directly during the loading of the airlock. Since the screen - researched by defortec in a cost-competitive manner - alone does not represent a usable interface, defortec also developed the appropriate graphics: The user interface presents all process information in a clearly structured, visually independent and easy to grasp manner. In addition, blue LED segments within the dark front area indicate the currently running process step. Blue marks the handles of the airlocks and the transition from the outside to the inside - which is

particularly important when the glass front is open for maintenance work. The pane moves away in its entirety towards the top, and defortec played a major role in developing the lifting mechanism housed in the lateral vertical columns. By the way, the accentuating blue corresponds to Rena's corporate color.

The Start of a new Corporate Design

Incidentally, the design of the "Batch D" was not just about this machine alone - defortec has developed the design language prototypically so that it can also be reproduced on other machines from the manufacturer in the future. This would be the first step towards a successful corporate design.

The defortec services at a glance