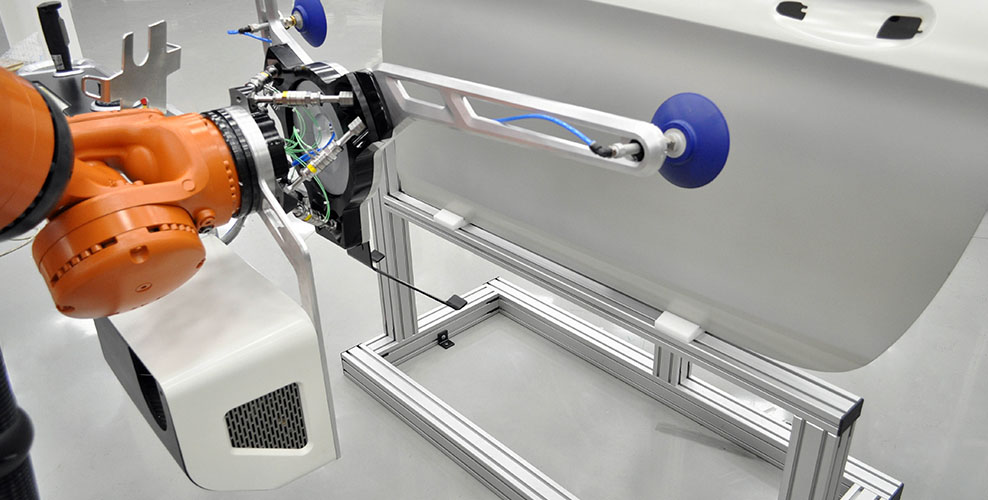 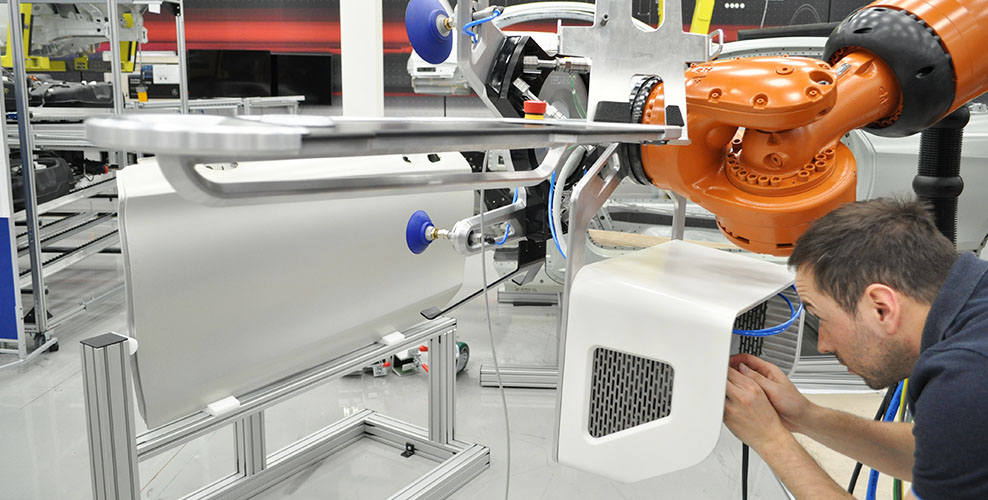 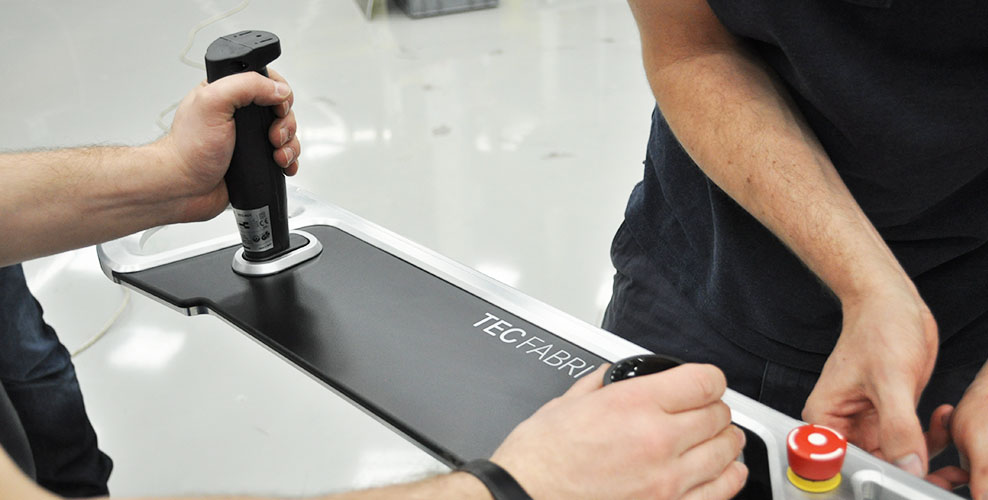 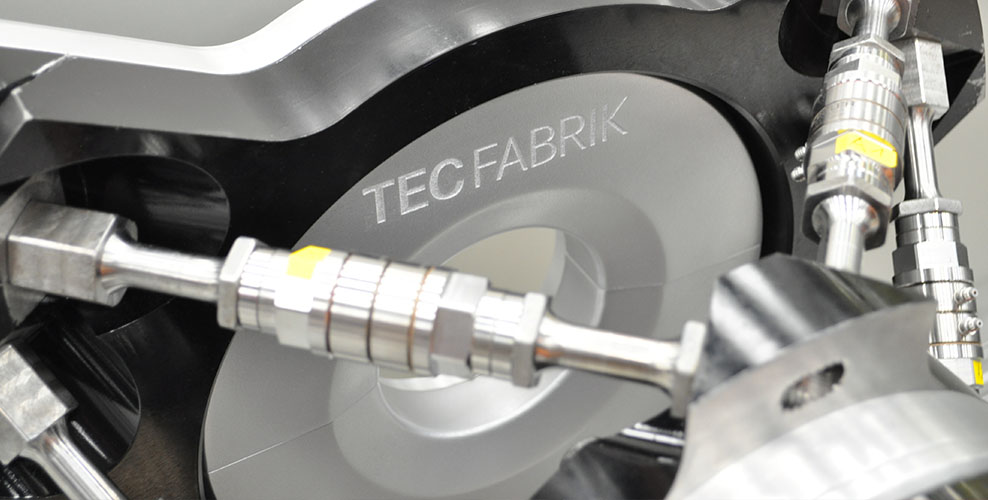 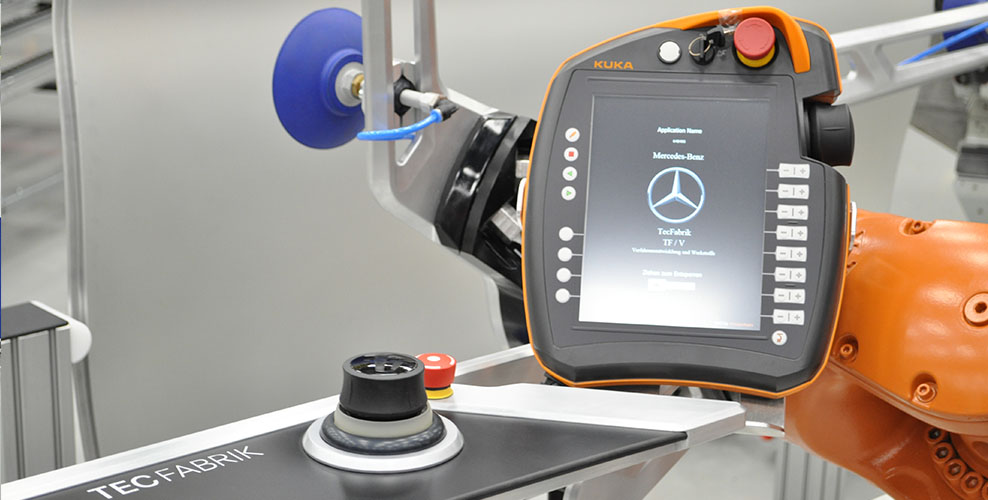 In short time from the first design sketches to the prototype

For Daimler AG, we developed the design concept Leanfit, a robot system of the latest MRK technology. After the development, we were required to implement this complex system, consisting of gripper, control unit and control box as functioning prototype within a very short time. The entire structure was taken from the design phase and developed in SolidWorks. This resulted in 3D data sets for the different manufacturing processes.

All aluminium parts were milled on a 5-axis machining center. The arm of the control unit is supplemented by a HPL plate as a hand rest, which accommodates the 3D joystick, a switch for confirmation and the emergency stop switch. These standard parts were additionally enclosed by 3D printing parts in order to increase the value and to produce an optically coherent overall system.

Before the final assembly of the prototype, a complete pre-assembly of the individual components took place at our company as a final check. All components were designed in such a way by us, that a fast assembly could be carried out on site at the costumer’s premises.

Improvements, made during the build-up, were included in the data records and all other prototypes could already be delivered in an optimized version.

The control box was printed out of polyamide in the rapid prototyping process. All 3D printing parts are individually modelled and combined to a component with a special connection system. This system significantly reduces the 3D printing costs for the costumer. The resulting component transitions and surfaces were afterwards sanded manually and vanished professionally.

The unique selling point is an outstanding performance feature, which sets a product or service apart from its competitors, in design, marketing and selling psychology. These characteristics can be shaped functionally and/or creatively. In a successful design and development process can thereby grow veritable advantages for the customer and the corporate value. The unique selling point should be „strong in defense“, target-group oriented and economically, but also realizable in price, time and quality. A unique selling point is an individual benefit and creates in addition with other factors the brand promise.